We have an open audition policy at Moulton Theatre.  Upcoming auditions will be advertised as soon as details are available.

UPDATE 18th MARCH 2020
AUDITIONS FOR BOTH ‘GASPING’ & ‘BILLY LIAR’ ARE CANCELLED FOR THE TIME BEING, AND WILL BE RE-SCHEDULED WHEN WE ARE IN A POSITION TO MAKE SOME RE-OPENING PLANS

N.B.: Actors must be available for all performances, rehearsals and the dress rehearsal on the Sunday prior to the performance week.  Rehearsals take place on Tuesday & Thursday evenings starting at 7.30pm.

AUDITIONS FOR “GASPING” by BEN ELTON directed by Peter Laughton
SYNOPSIS
The play is a funny satire on big business, the media and product exploitation. Lockheart Holdings are looking for a new product to bring to the market place, and decide to sell “designer air”. Following an incredibly successful marketing campaign, the product quickly becomes a “must have” commodity, and huge profits are quickly made. However, the availability of the primary resource, ie ordinary air, rapidly decreases so that new sources of oxygen must continually be found, finally resulting in the whole scheme collapsing as the world starts gasping for air.
ROLES
Sir Chiffley Lockheart: The CEO of “Lockheart Holdings”. He is an extremely successful business man, and is incredibly wealthy. As far as he is concerned, big business is just a game for him to play.
Philip: One of Sir Chiffley’s top executives. He is the archetypical “yes man”,  believes that he is dynamic, vigorous, intelligent & attractive to women. He is none of these things – he is a buffoon.
Sandy: Another of Sir Chiffley’s top executives, but one step down in the food chain, below Philip. He is another “yes man”, & similar to Philip in many ways, although he is actually attractive to women. He wants Philip’s job.
Kirsten Carlton: A top advertising executive, working for “Image Control” a media company. Kirsten really is dynamic, vigorous and intelligent, and she is now at the top of her game. She is also very sexy!
Jennifer Jenkins: Jennifer is a BBC TV News correspondent. She is a “Kate Aidie” type character reporting on news from around the world.
Weather girl, radio DJ, voice over, mother and young child.
These characters do not appear on stage, but will be pre-recorded.

AUDITIONS FOR “BILLY LIAR” by KEITH WATERHOUSE and WILLIS HALL directed by Grant Winston
SYNOPSIS
Billy Liar is a semi-comical drama set in Stradhoughton, a fictional town in Yorkshire.  The year is 1960. The family can be described as middle working class.  The accent is refined northern.
CAST REQUIREMENTS:
Billy Fisher – The central character in the play.  A young man in in his early to mid-twenties.  Note: In the original film Tom Courtney was 25 years old when he played the part.  The actor needs to be able to appear to be within this age range.
Geoffrey Fisher – Billy’s father.  This is a significant role.  Geoffrey is in constant conflict with his son.  Geoffrey has his own business running a garage.  Age range 50 to 65.
Alice Fisher – Billy’s mother and wife of Geoffrey.  Alice wrestles to control the conflict between father and son.  She also deals with Florence Bothroyd, her ageing mother.  Age range 50 to 65
Florence Bothroyd – Billy’s grandmother.  A contentious old lady who spends most of time in conversation with herself.  Age range proportionate to Alice.
Arthur Crabtree – Billy’s best friend.  Roughly the same age as Billy.  Arthur initially sympathises with Billy but as the play progresses his attitude towards Billy begins to change.  Age range similar to Billy.
Barbara – Billy’s fiancé.  She also lives in a semi-fantasy world.  Lives for women’s magazines in a world of thatched cottages.  Barbara spends a lot of time in the play eating oranges.  Age range early to mid-twenties.
Rita – A no nonsense working class girl with a short fuse.  Rita is a simple extrovert girl whose approach remains constant throughout the play.  Age range early to mid-twenties.
Liz – Liz radiates warmth and in character is closest to Billy.  She seeks love from Billy and he in return wants the same.  Age range early to mid-twenties
AUDITION PAGES:
BILLY & ARTHUR: pages 10 to 12
FLORENCE & Alice & Geoffrey: Pages 1 to 3
GEOFFREY & ALICE: Pages 44 to 47
RITA & Billy: Pages 29 to 31
BARBARA & Billy: Pages 16 to 18
LIZ & Billy: Pages 52 to 55
Those in CAPITAL lead audition piece. 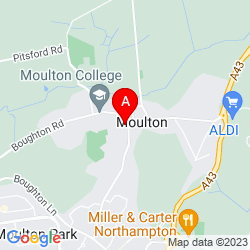